This ooey-gooey-deliciousness 🤤 is seriously heaven!

Growing up, our junior high and high school had these amazing cinnamon buns – I’m talking airy, fluffy and moist!

I craved these so much but would feel defeated because I couldn’t find a similar recipe that would hit the spot the same way.  I am sure the cafeteria ladies that perfected this treasured gem are long gone 😩 too!

So, I began searching online and I found many cinnamon bun recipes but knew they weren’t the same texture and consistency I was searching for… [le sigh]

I didn’t stop searching and I recently found a recipe that I tweaked and it actually brought me back! Nos·tal·gia on high and all. Like, no joke. This is the real deal!

I made these for my son and husband and it was a total hit! My husband and son can now finally taste the goodness I kept raving about. 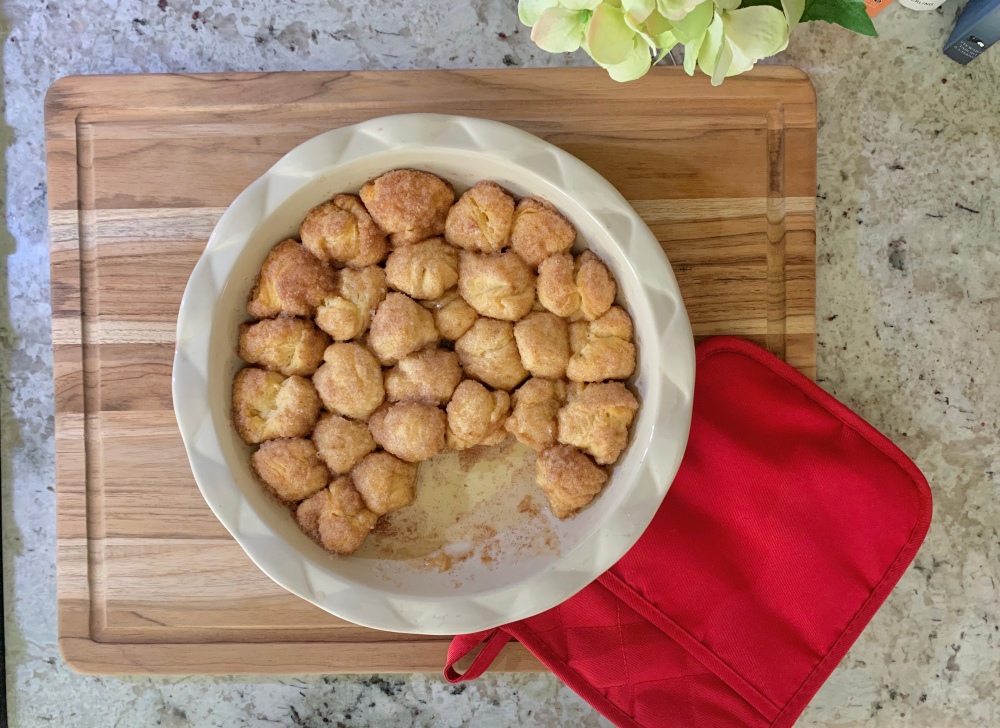 Extra: Add ice cream (or lactose-free vanilla ice cream) on the side to take it up a notch! 😉

P.S. Look at how gooey-fluffy-moist-airy this bite is –

Note: adding more cinnamon will give it a stronger cinnamon taste and darken the bites. I tried the recipe twice – once using 1 tablespoon of cinnamon (darker bites) and the other using 2 teaspoonfuls (the lighter dusted images). Both taste delicious!

This site uses Akismet to reduce spam. Learn how your comment data is processed.